TalkBack / Re: Apex Legends Deploying To Switch This Fall With Full Crossplay

It seems like the NBA should do something along the line of what the NHL's doing, with an expanded playoff field and a round robin setup for seeding to get the teams back in form beforehand.

From a complete outsider perspective nothing that the US has done in terms of prevention/testing would lead me to believe y'all are ready for resumption of sports, even without fans. NASCAR already started up, MMA has as well. I don't understand why anyone would want half a dozen travelling circuses across the nation in the middle of a pandemic.

NHL just announced a plan for resumption of play. MLB has been at this for weeks now.
3

Dame pretty much lays it out there and I agree with him. Right now the only team mathematically eliminated is the Warriors (LOL) but if you can't guarantee a full end of the season why would you put yourself at risk just to play out a fraction of the games left. And that's before you factor in a significantly reduced off-season.

If (big if) the NBA resumes they really should go straight to playoffs.

TalkBack / Re: Why Zelda: Breath of the Wild is a Failure to the Zelda Franchise

I don't really care much for rehashed opinions I've heard here and on Discord for the past 3 years but man there's some outright dismissive and borderline insulting things said about both the devs and the fans of the game in this piece.

I know y'all can do better and I'm surprised this piece doesn't show that.

What do Warriors fans think about getting Wiggins...

Wiggins is a bust who in no way makes the Warriors better and is owed 94 million over the next 3 seasons. Any "production" he gives the team comes at the cost of depth at the end of the bench that we desperately need given our aging, oft-injured superstars. I'll happily eat crow if I'm proved otherwise but it's safe to say that Warriors brass made a mistake thinking so highly of him.
6

Nintendo Gaming / Re: Switch Discussion Thread (Year 3: But where are the folders??!?!)

26 on is games that have less than 10 hours. Lots of good games like Oxenfree, Bayonetta 2, Gris, Thumper, Sayonara Wild Hearts and Goose Game.
8

« on: November 10, 2019, 08:46:09 PM »
It should be noted that since 2015 the Warriors played the equivalent of an extra season's worth of games in the playoffs + 20 or so more games extra. The accumulation of injuries forcing the core 3 out for a full season makes perfect sense because they mostly burned through it in the last 5 playoffs.
9

Guess I'll see y'all next season then.
10

Nintendo Gaming / Re: How are y'all Switch Pro Controllers holding up?

My Pro Controller works well and I love it but the left stick stalls at times. Most reports point to just an accumulation of dust which can be fixed by softly blowing on it while tilting the stick in the opposite direction.
11

« on: October 10, 2019, 03:17:08 PM »
This is because Blizzard generally releases patches at that time and there's going to be both a major balance patch and the Halloween Event expected to drop that day.
12

TalkBack / Re: Doom 64 Delayed To March, Doom Eternal Delayed To Later In 2020

« on: October 03, 2019, 03:23:35 PM »
New interview in Vooks details a bit of the Gyro and Pointer Controls the game will have. There's also a lot of interesting tidbits as well about developing the game for Switch.

Controls for the Nintendo Switch version of Overwatch is basically the same as the other consoles. However, one big addition is gyro-aim support. With gyro-aiming, you can tilt the Switch or Pro Controller to give a little nudge to your aim and help line-up shots.  Or, you can detach the Joy-Cons and point it at the screen like a laser pointer. One of our designers plays this way and dominates.

But I'm happy Switch is getting all the fads.
15

« on: September 29, 2019, 11:40:32 PM »
Not mentioned in the review: the game is currently single player only with no multiplayer, but Feral has indicated that a multiplayer patch is in development.

Nintendo Gaming / Re: Untitled Goose Game: The Goose Is Loose!

Nintendo Gaming / Re: Mario Kart Tour is gonna be a no from me, dawg

Man, the game makes a terrible first impression with the controls. They feel so bad and unintuitive. Also releasing a week after Apple Arcade also doesn't help at all.
18

General Chat / Re: NBA Thread: about to take our talents to Brooklyn

« on: September 24, 2019, 09:45:15 PM »
Voiding contracts is insane and will probably never happen, particularly because it opens up a player to lose out on millions of dollars if his contract is voided and no team has cap space to offer him a fair market value contract.

NBA: Fines Milwaukee 50k for pointing out the obvious, that Giannis will get the supermax next year.

Also NBA: Literally ignoring Orlando as they circumvent the salary cap to squeeze another year of a rookie's contract. Also the agent who represents this kid in Orlando should never represent another player ever again.
19

Nintendo Gaming / Re: Why was Nagoshi in the Switch presentation? 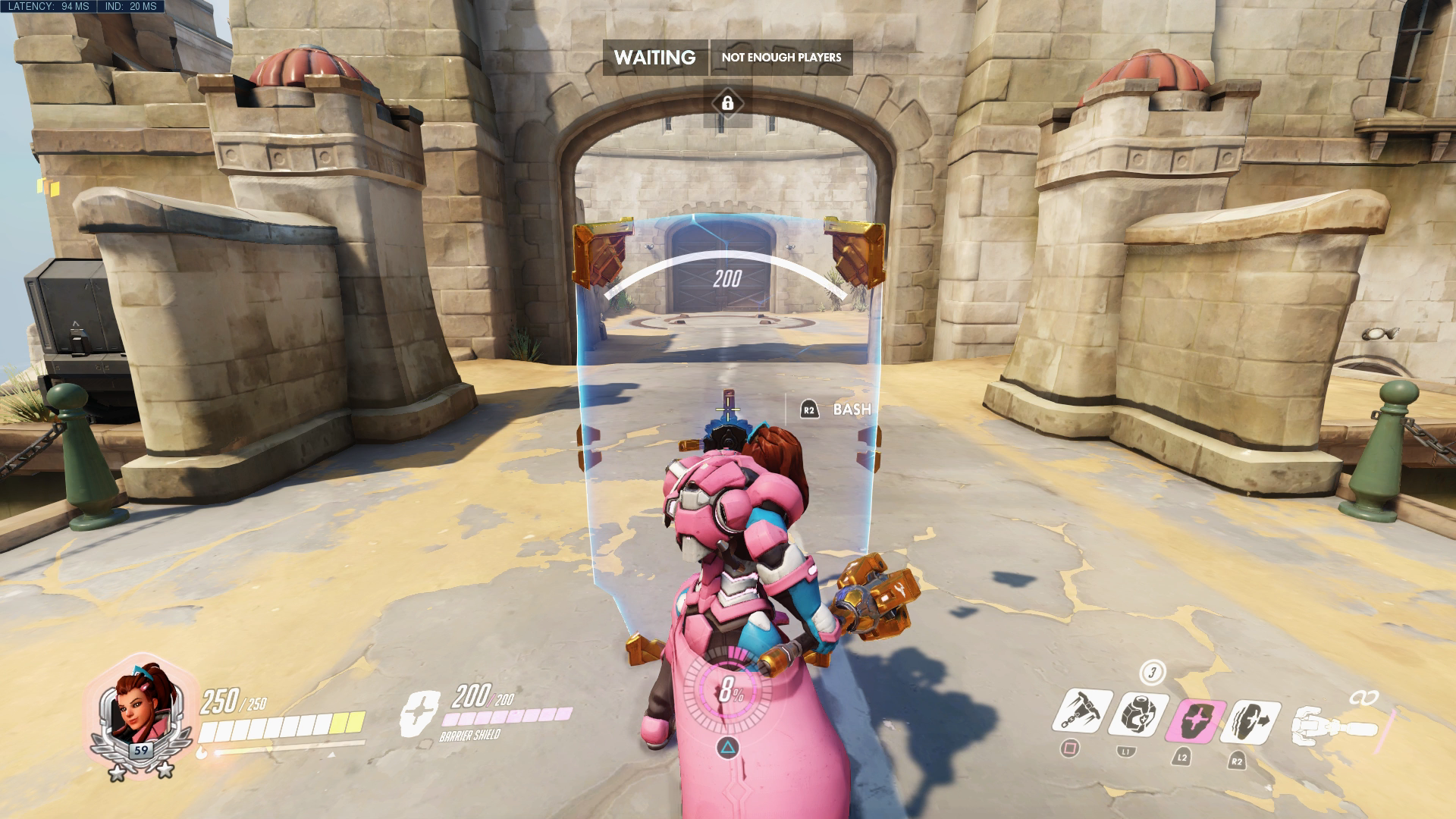 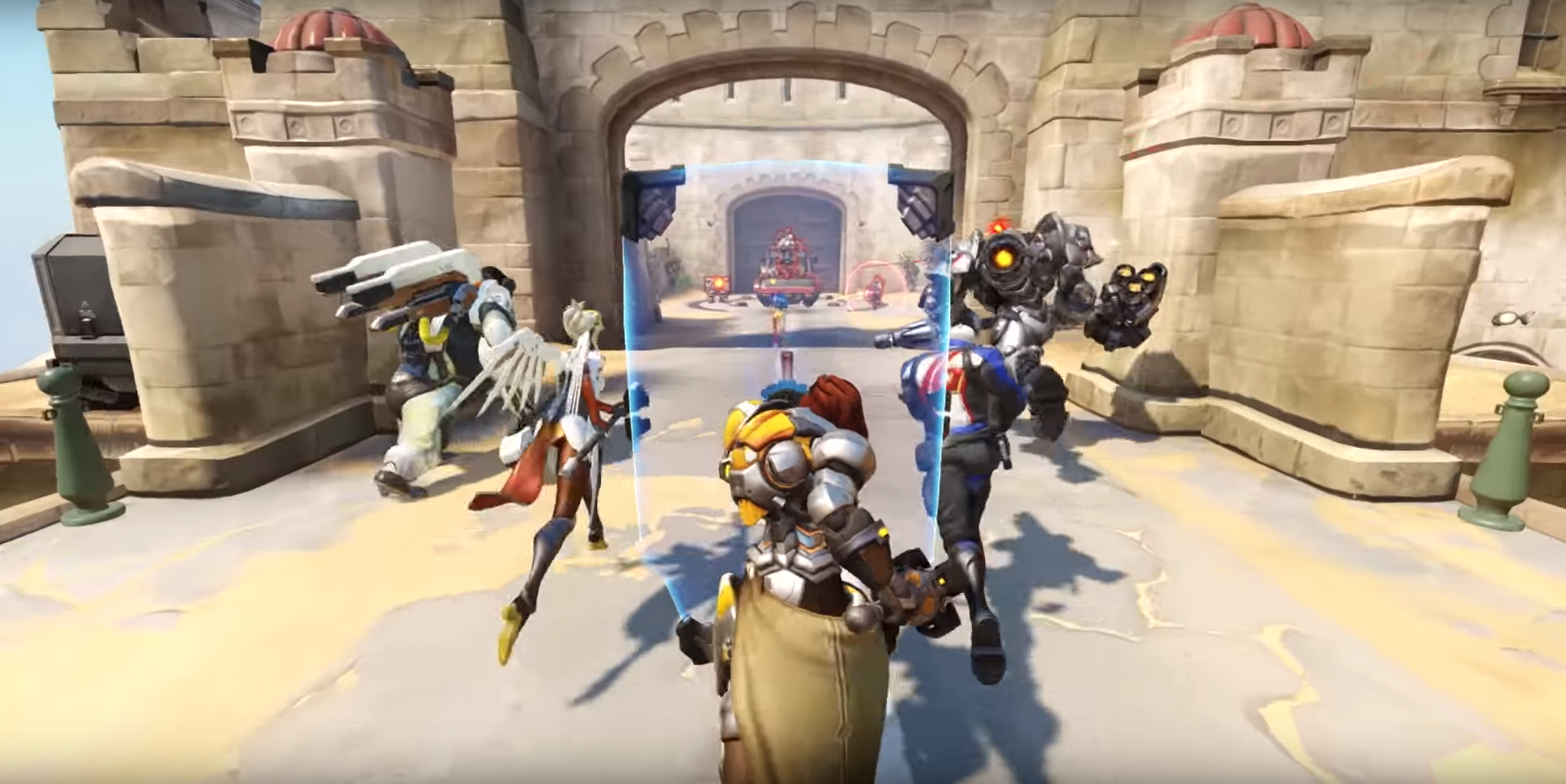 Aside from the obvious stuff it looks like the maps themselves will be taken from low settings (see the lack of chains on the sides) but the character models are more fleshed out and will include shadows (albeit less detailed). Digital Foundry did an early look at the trailer but found everything as advertised (900p and 30FPS). Of course it's a trailer so you'd expect that, still need to see the game running.
21

Speaking of, is there going to be cross-platform play? If not, seems like the playerbase would be pretty small.

Overwatch does not have crossplay. Still, I think this will sell well enough to have a healthy playerbase.
22

« on: September 06, 2019, 09:05:37 AM »
If there is it will probably be a one time thing between PC and Switch. I can't see it though. At best you'll be able to link you BattleNet to your Nintendo Account and continue to get the extras Blizzard gives out to everyone else.
23

Nintendo Gaming / Overwatch: Heroes Never Die, but they do get nerfed to oblivion...

Overwatch is finally coming to Switch on October 15, 2019 just as the game is getting a massive overhaul to it's Quick Play and Competitive structure. You can currently pre-load the game, and the $40 version includes the following:

- 3 months of Nintendo Switch Online (you will get the code instantly, but can only redeem it once the game goes live)
- Pre-order bonus Widowmaker Noire Skin
- "Immersive gyroscopic motion controls"
- 31 heroes and 28 maps
- These 15 skins: 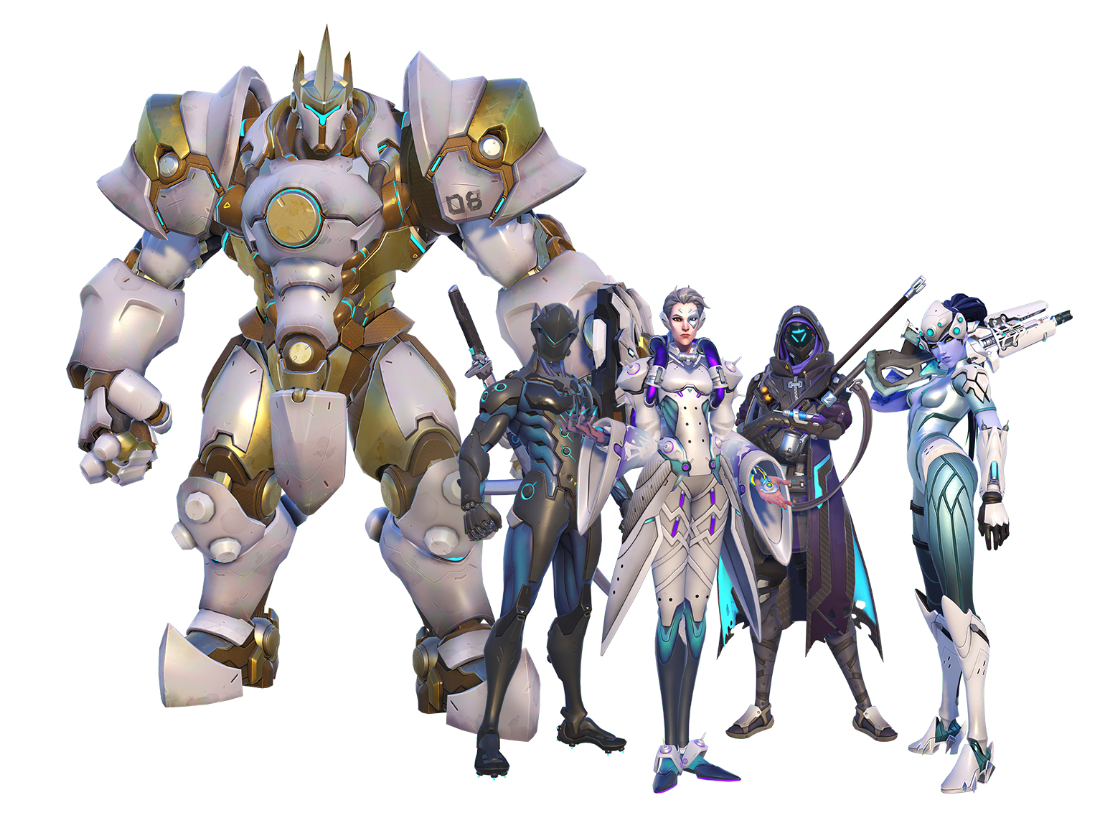 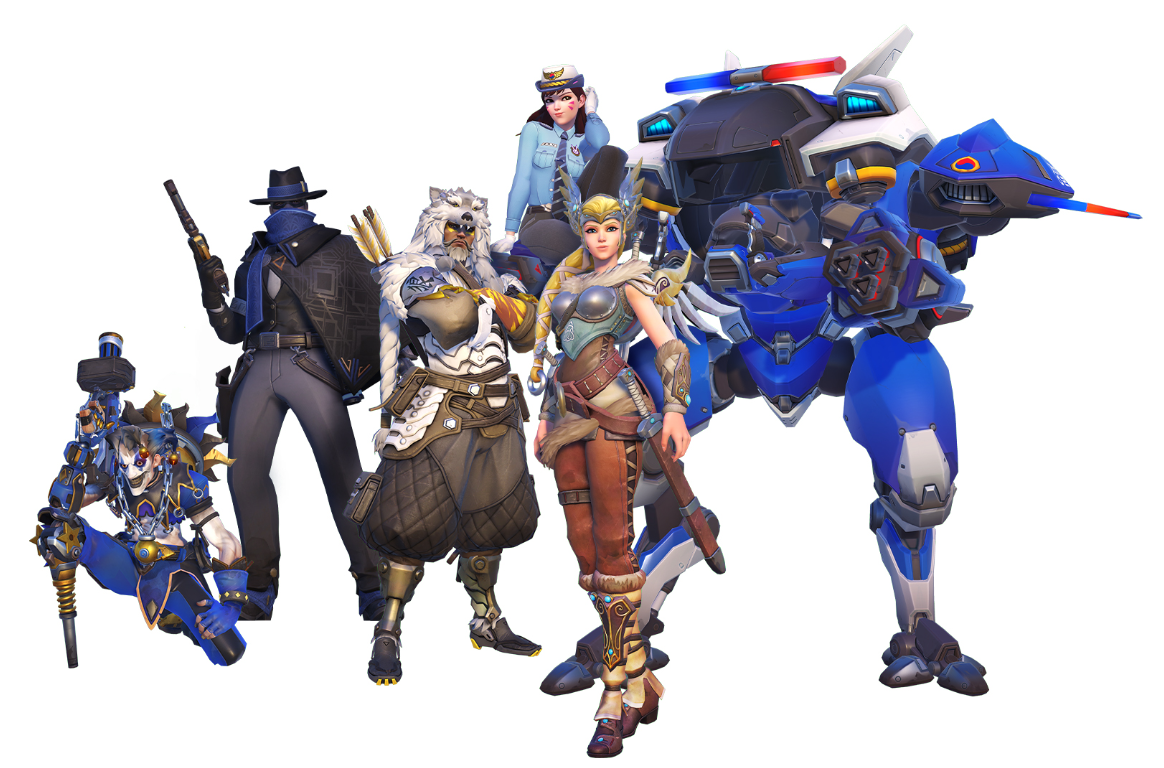 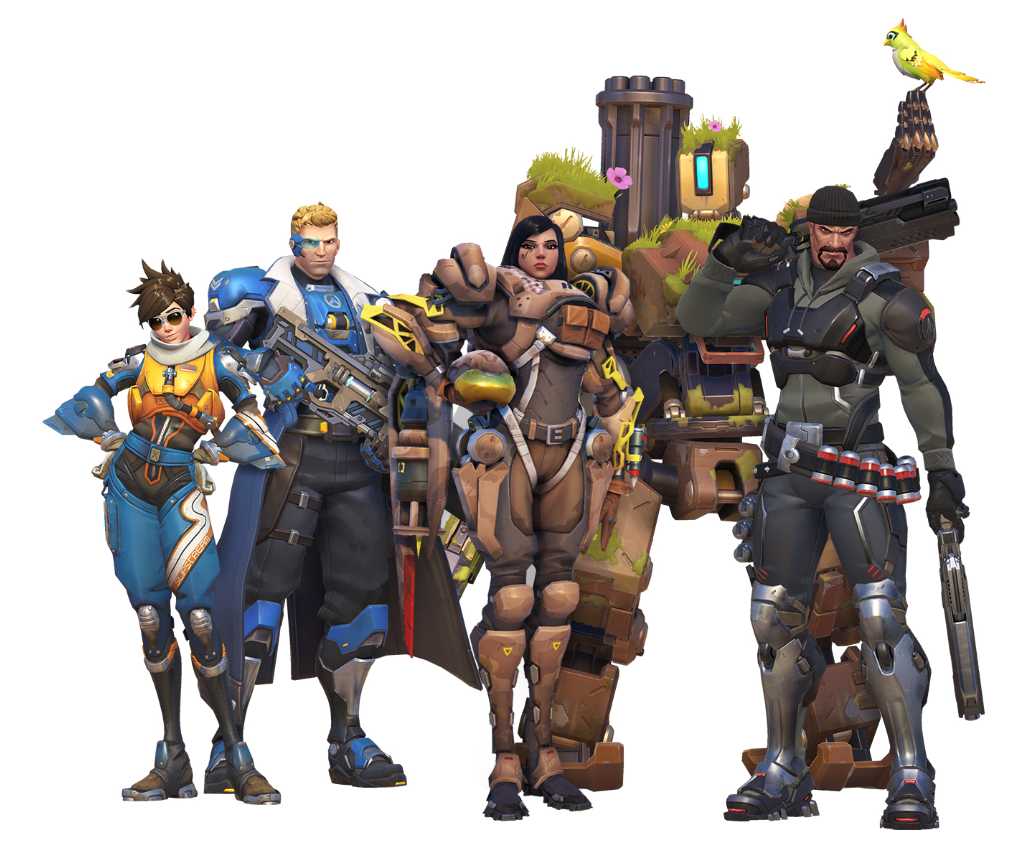 So far there appears to confirmation that Iron Galaxy (Diablo 3, Skyrim) handled the porting alongside Blizzard.
24

TalkBack / Re: Overwatch Coming To Nintendo Switch in October