From a Half-Genie to a Certified Smasher: The Success Behind Shantae

Let me sing you the shanty of Shantae

Ever since the series’ creation back on the GameBoy Color, Shantae has become notorious for being difficult to track down. Whether it be through limited production runs or releases on a single system, many new Shantae fans have had their work cut out for them finding a way to experience the beloved series. For those who may not be familiar with the games, Shantae is (for the most part) a Metroidvania series. They all star Shantae, a half-genie, with the power to dance and transform into different animals and creatures. Some, like the harpy, allow Shantae to fly, while others, like the crab and mermaid, allow her to traverse underwater. It is likely the combination of Shantae’s unique gameplay twist, her great character design, and WayForward’s commitment to the series that have allowed it to maintain popularity over the years. Now, with Shantae’s popularity seeing another resurgence on modern consoles like the Switch (even appearing in Super Smash Bros. Ultimate as a Mii Fighter Costume), I thought it would be a good time to take a look back at each of the five mainline games in the Shantae series, and how accessible they are today.

The game that started it all was unsurprisingly the hardest game to track down for this list. The game was originally released in 2002, developed (but not published) by WayForward. In a twist, the original game was published by Capcom. At the time when the game was being developed, the developers realized Shantae would need a 32 megabit battery backed-up cartridge, which was extremely expensive. Combined with Shantae being a brand new IP, many publishers refused to take the risk of publishing the game, until Capcom finally agreed to publish the game. Eagle-eyed Nintendo fans will notice that the game was released on the GameBoy Color a whole year after the GameBoy Advance launched. The primary reason came from Capcom, who held the game back eight months after completion. The combination of it being a risky (pun intended) new IP, an expensive to produce cartridge, and releasing after the GBA was already out has made the original print of Shantae one of the rarest and most valuable games on the platform. It is estimated that only 20-25 thousand copies were ever produced. To give you a sense of how valuable the game is, at the time of this writing, a loose copy of the game just sold for nearly $1,000. 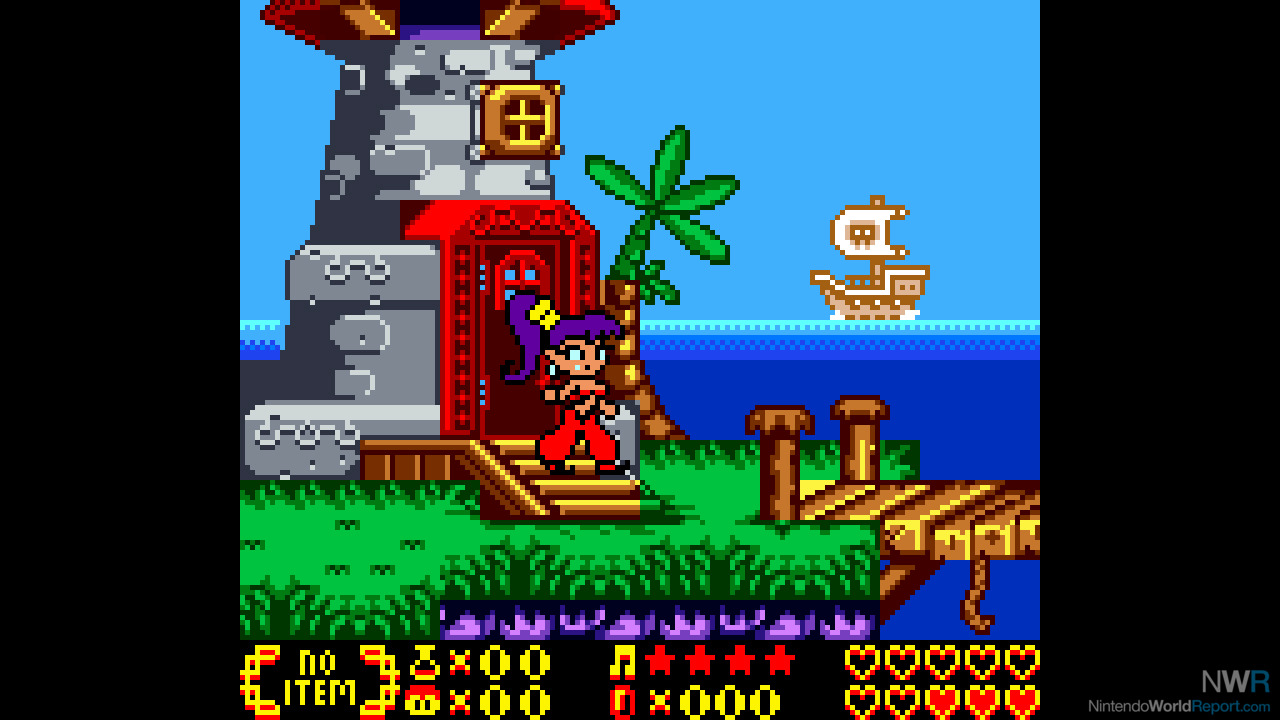 For the longest time, the original Shantae was only available as a physical GBC cart, making it extremely inaccessible for new fans. After the series surged in popularity and the debut of the GameBoy Virtual Console on 3DS, WayForward rereleased the title for the first time on the platform. This was the first time it was released digitally, and for only $5! 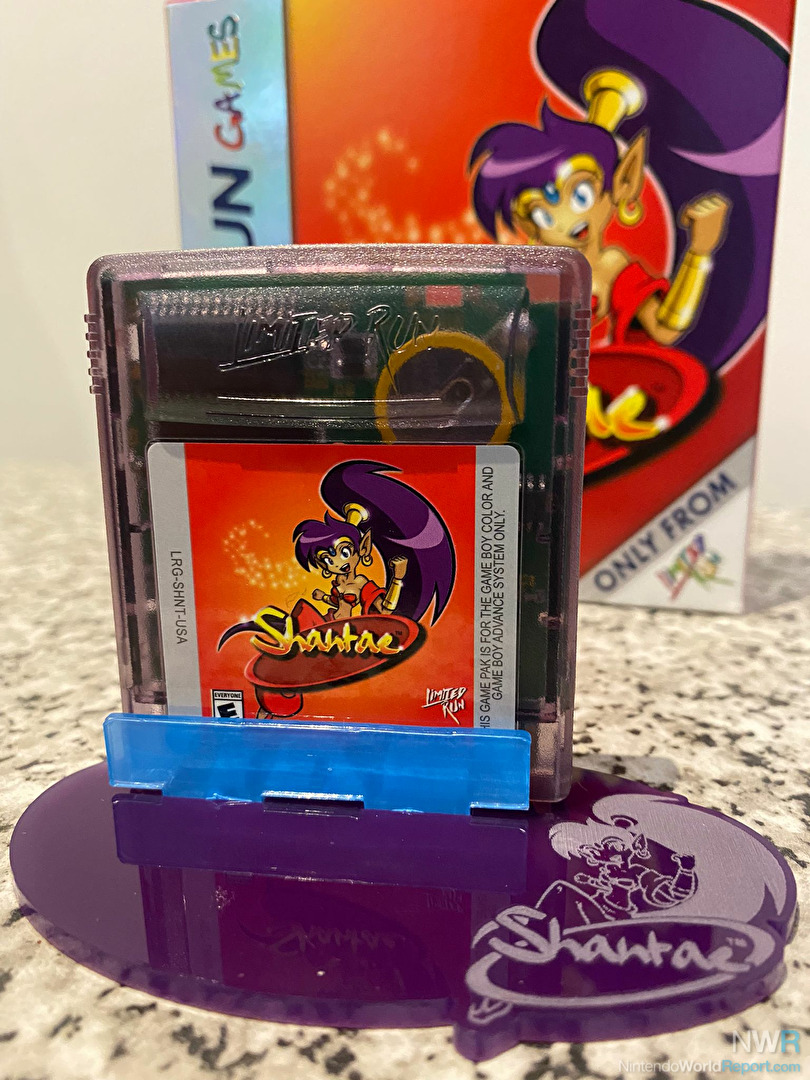 A few years later, however, Shantae got a second chance in the spotlight on Nintendo Switch. WayForward announced that they were bringing the original game to Switch digitally, alongside its GBA enhancements, an art gallery, and more. Even more exciting was the announcement of a collaboration with Limited Run Games to produce physical copies of the Switch release. But, the cherry on top was the announcement of a brand new printing of the original GBC cartridge that plays on actual hardware. While the production was limited, it allowed the many modern Shantae fans a chance to experience the original game on original hardware. In an era where gamers are pushing for greater access to classic titles, WayForward (and Limited Run Games) have done an excellent job over the past few years making the original Shantae game available in so many formats, from digital rereleases to physical reproduction carts. 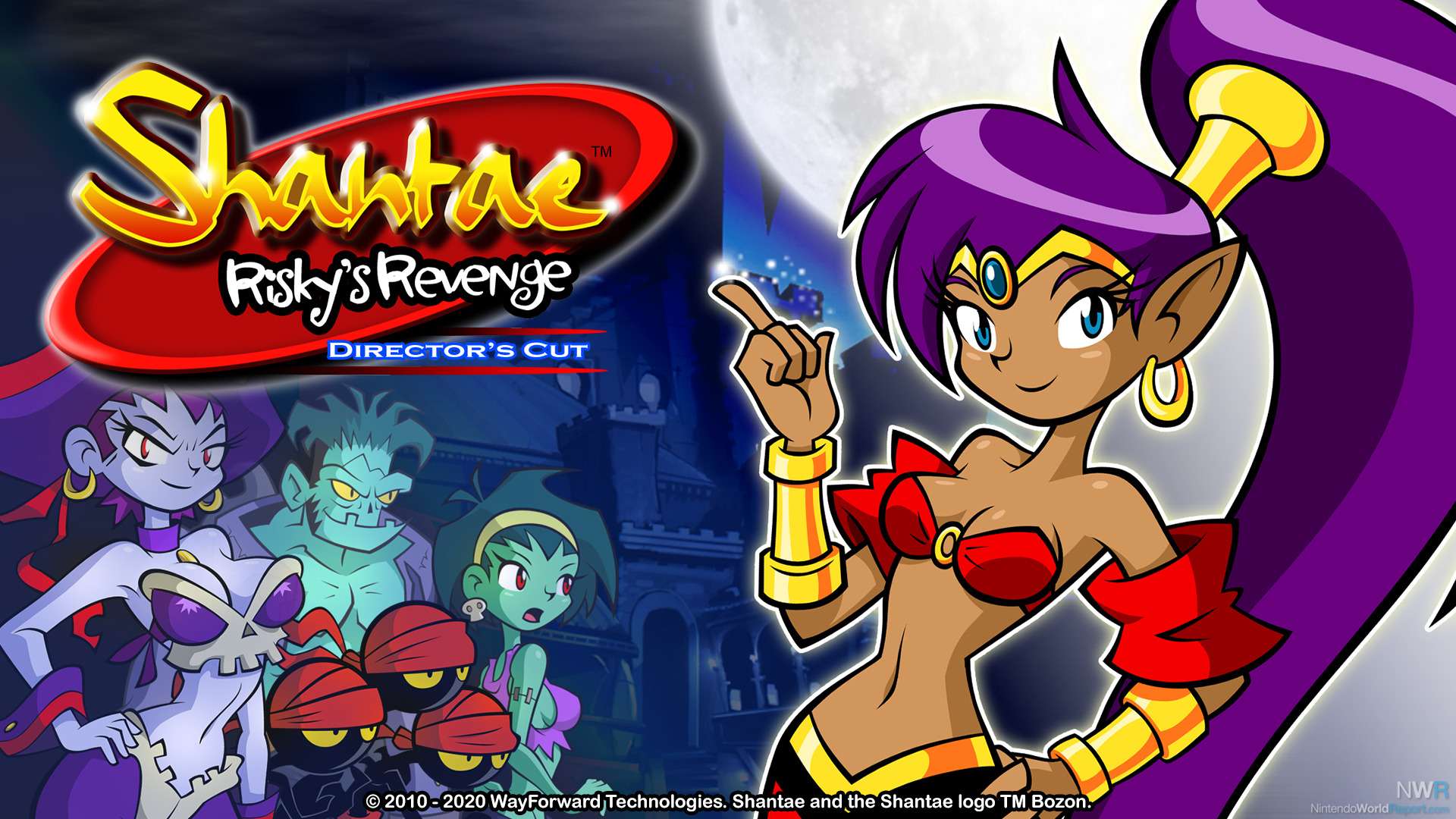 Much like the original Shantae, for a long time Shantae Risky’s Revenge was also a difficult game to track down. It was originally released on DSiWare of all places in 2010, less than a year before the 3DS was set to launch. As many people were looking towards the future of handheld gaming, Risky’s Revenge seemed to be left in the dust. However, unlike the original Shantae game, WayForward made plenty of efforts to rerelease the sequel. The first attempt came through an IOS port in 2011, which added a new magic mode to increase replay value. Three years later, WayForward released Shantae Risky’s Revenge Director’s Cut on PC, an enhanced port of the original game, which included a redesigned warp system and the mobile version’s magic mode. This became the version rereleased going forward, later coming to PS4, Wii U, Switch, and Xbox One. Much like Shantae GBC, Limited Run Games also partnered with WayForward to produce physical copies of the game, making the game available physically for the first time ever.

Shantae and The Pirate’s Curse

While it is regarded by many to be the definitive Shantae game, Shantae’s third outing, The Pirate’s Curse, has a much less interesting release history. It was initially released on 3DS in 2014, followed a few months later by an HD version on Wii U. Since then, however, the game has been ported to nearly every platform under the sun. It was ported to PlayStation 4, Xbox One, PC, Nintendo Switch, and most strangely, Amazon Fire TV. There is even a Stadia port in development, set to release later this year. For the series most beloved entry, it is only fitting for Limited Run Games to step in once again. In 2016, the company produced 6,000 physical copies of the PS4 version, which has since become one of the most expensive Shantae games to track down. The most recent sale at the time of writing was close to $150. More recently, in 2018, Limited Run Games teamed up to create physical versions of the Switch version.

Shantae’s fourth outing had not only a shift in genre, but a shift in development strategies as well. Going from a Metroidvania to an action-platformer, this was the first entry in the series to be funded through Kickstarter. The Kickstarter was a huge success, doubling the initial funding goal. It was originally released in 2016 on Wii U, PS4, PS Vita, Xbox One, and PC, with a Nintendo Switch port following in 2017. For the first time since Shantae GBC, Half Genie Hero was released physically as well, being published by Marvelous USA. While it was only released physically on Wii U, PS4, and Vita at the time, it was still another step forward for the series.

As part of the initial Kickstarter campaign, there was also the promise of DLC. Three waves were released as paid DLC: Pirate Queen’s Quest, Friend’s to the End, and a Costume Pack. There was also a fourth free set of DLC, adding Jammie’s Mode and a transformation based on Blaster Master’s Sophia III. In 2018, it was announced that WayForward would release Shantae Half Genie Hero Ultimate Edition, which includes all the DLC released. It would be released digitally, as well as being physically released by XSEED Games. Later, Limited Run Games confirmed that they would be releasing a PS5 version of the game.

Shantae and the Seven Sirens 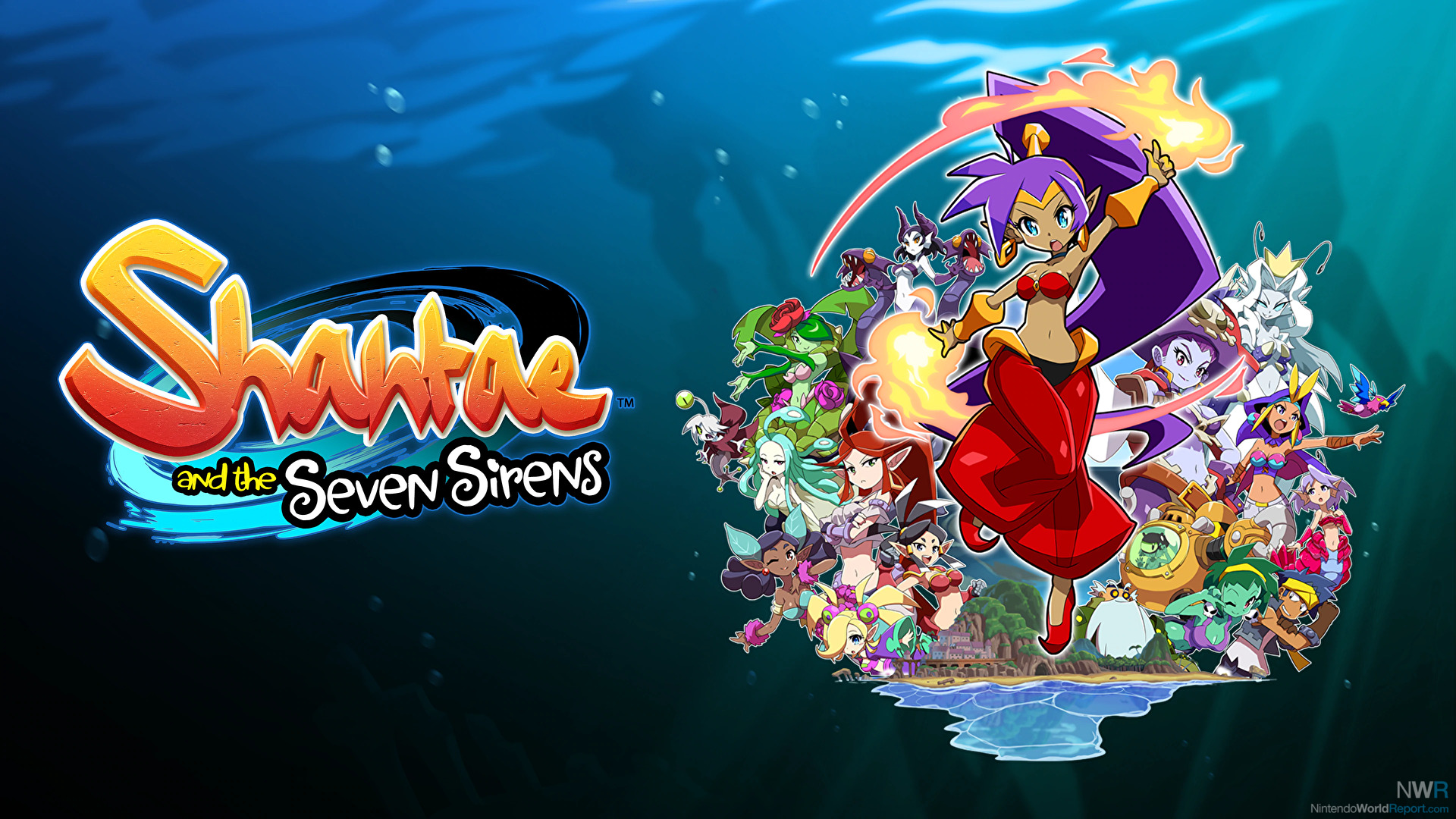 As of now, the most recent entry in the Shantae series is Shantae and the Seven Sirens. Because of how new the release is, there isn’t a ton of interesting release history. The game was originally released in two parts on Apple Arcade, with the first part launching in 2019 and the second in 2020. After the full game was released on Apple Arcade, WayForward released Nintendo Switch, PS4, Xbox One, and PC versions. As is to be expected at this point, Limited Run Games also published a physical version of the Switch and PS4 versions. One final, unexpected release, however, came from the announcement of a New Game Plush release on Switch. This version includes a digital copy of the game and a plush of Shantae made by Fangamer. While it has been confirmed that there will be no paid DLC or Ultimate Edition for this game, the developers at WayForward have teased some “fun little free add-ons” coming in the near future. 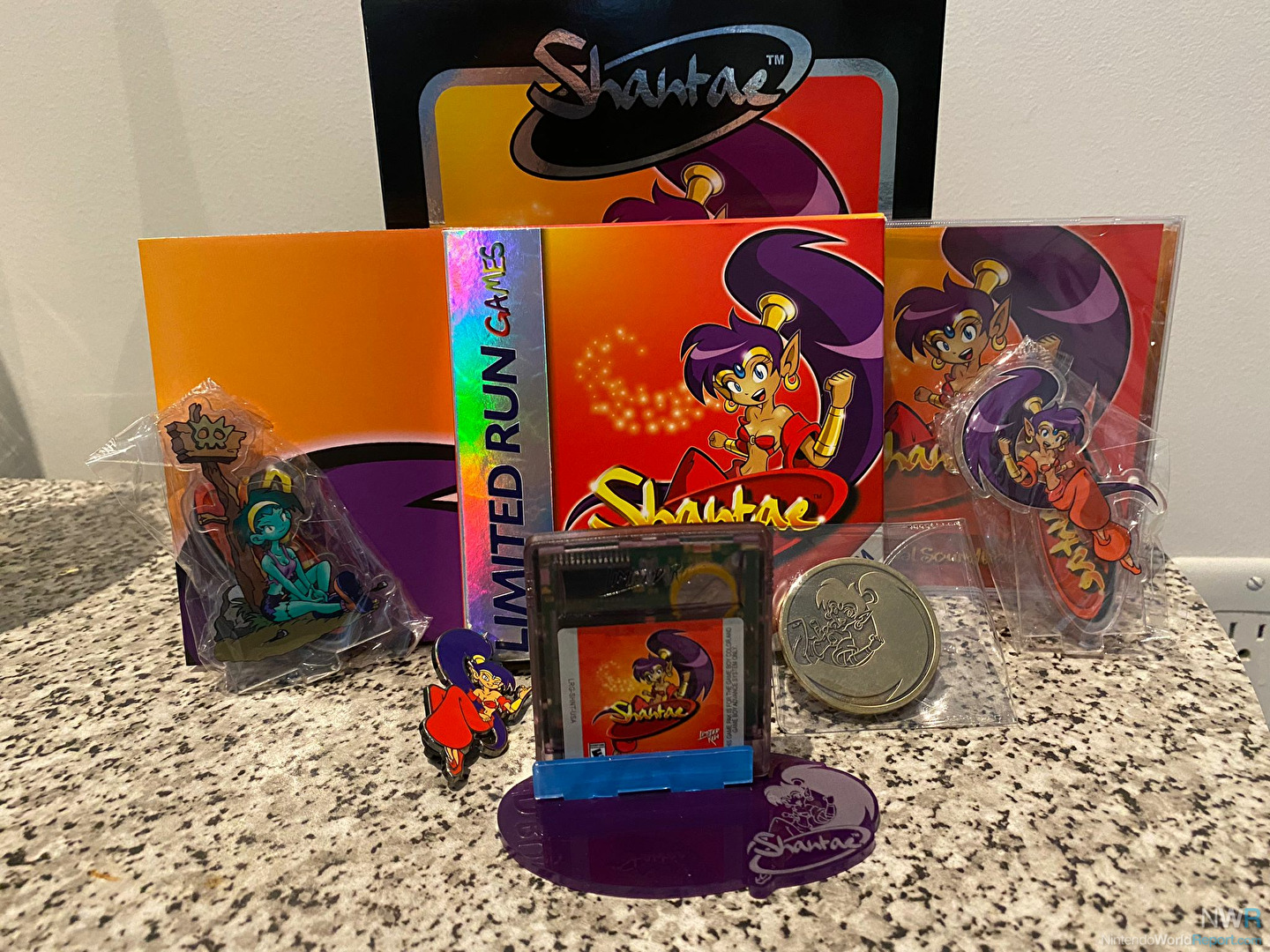 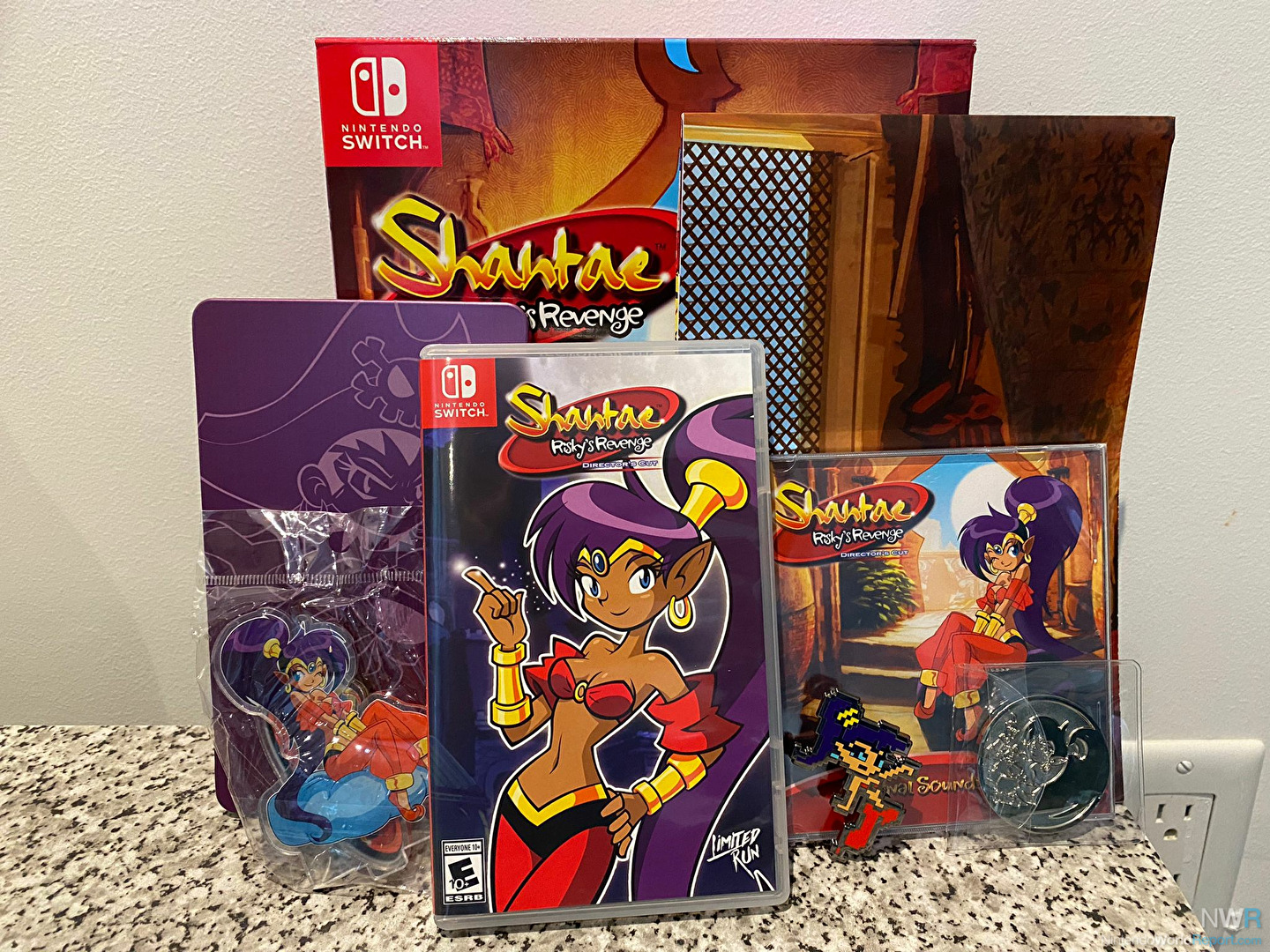 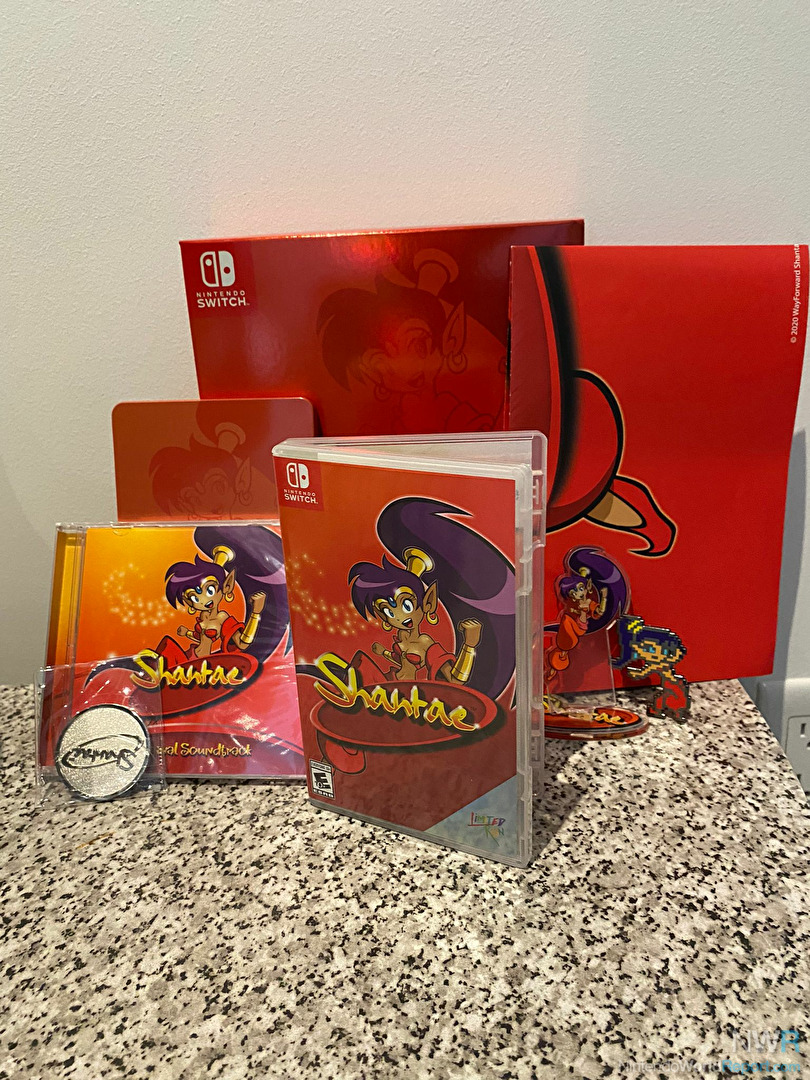 It is safe to say that one thing all five games in the series have in common is their Limited Run Games releases. Not only has the company allowed the entire Shantae series to be immortalized as physical media, but they’ve also given fans the opportunity to play the original game on classic hardware, something that would have seemed unheard of a few years ago. Not only have they done an excellent job with the physical releases, but they also put in a ton of effort into special collector’s editions of each release. These include collectible pins, coins, posters, CDs, steelbooks, and more. For diehard fans of Shantae, these are essential pickups and a great way to honor the series’ legacy. In an era where gamers are pushing for greater preservation of digital titles, it is great to see such a beloved series being treated with such care from the team at Limited Run Games. 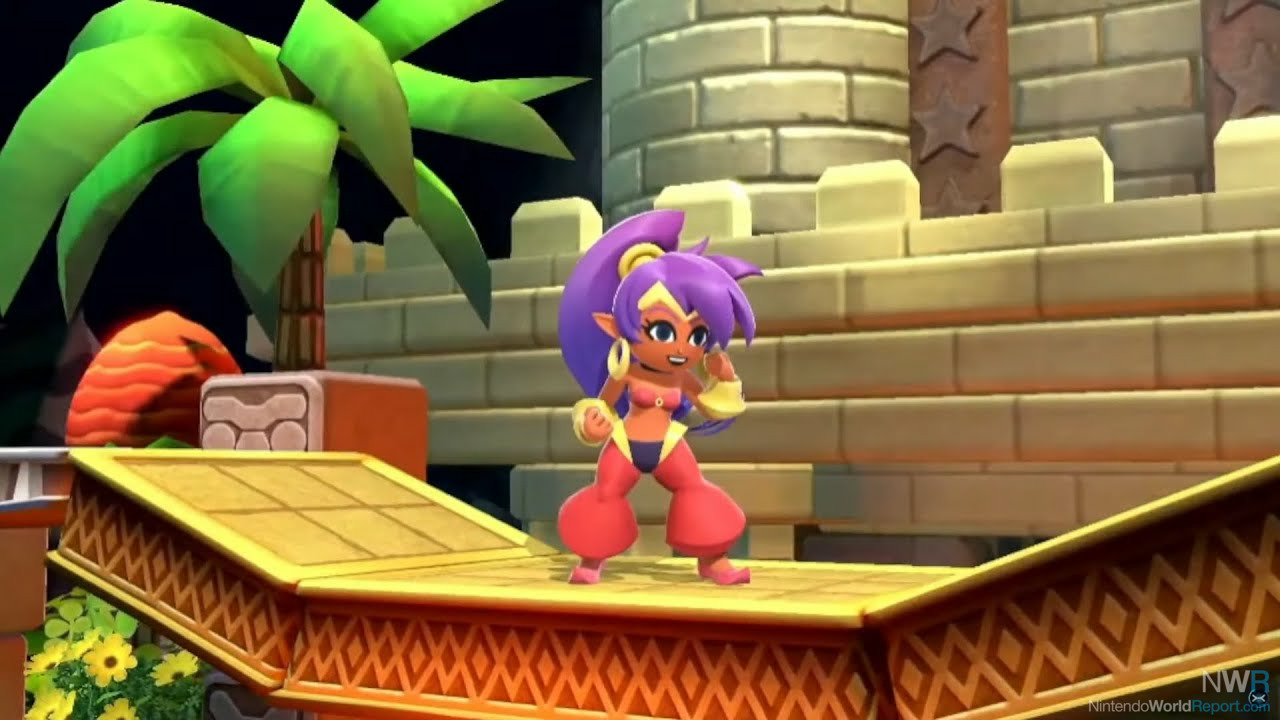 With Shantae’s huge popularity, it is only natural to quickly mention some of the games Shantae has appeared in outside of her own series. Shantae has been playable as a crossover character in games such as Runbow, Blaster Master Zero, and Mutant Mudds Super Challenge. Risky Boots, the series’ primary antagonist, also appeared as part of a quest in Hyper Light Drifter. And of course, Shantae has made a few appearances in gaming’s biggest crossover: Super Smash Bros. Ultimate. At first, Shantae and Risky Boots were included in the game as spirits. However, just a few months ago, Shantae was confirmed to be coming to the game as a paid Mii Fighter Costume. She even came with her own song, Neo Burning Town, from Half Genie Hero!

There is no doubt that Shantae’s releases over the years make for an interesting (if rocky at times) history lesson. The Shantae series is clearly one that is beloved by fans across the globe. Shantae herself is even widely regarded as one of indie gaming’s most notable mascots, so it is great to see more attention brought to her series. Now we are in an era where all five entries in the series are readily available on Nintendo Switch, giving fans the chance to try out every entry on a single platform. From starting out as an obscure GBC release, to now appearing in Super Smash Bros. Ultimate, it is amazing to see how far this half genie hero has come.

Disclaimer: The author of this piece received a review package of Shantae games from Limited Run Games. Additionally, while there was no involvement from him on this article, Perry Burkum, an associate editor at Nintendo World Report, has a working relationship with Limited Run Games through the company Game Decks.