Why Nintendo Needs to Continue Doing Its Own Thing WiiU

Nintendo doesn't play by normal industry rules. Here's why that can be a good thing.

There seems to be a narrative among gamers and the industry regarding the Wii U. It is often more exciting to have negative news about the console rather than positive. This is just an unfortunate part of the industry. However, some have gone so far as to say Nintendo should have made the Wii U more powerful to perhaps rival Sony and Microsoft's next consoles, or to somehow conform more to industry standards. I disagree with these assumptions.

by Neal Ronaghan - 7:34 am EDT
Discuss in talkback!

Nintendo might have finally figured out how to do Comic Cons after a few years of struggling.

I've been to four New York Comic Cons as a staff member at Nintendo World Report now. Over that time, I have seen a blossoming of Nintendo's appearance at the event, beginning with nothing and evolving into a spectacle that involved two show floor booths and one off-site event. It took longer than some companies, but Nintendo of America seems to understand how to do these fan-focused conventions now.

Animal Crossing on 3DS looks like it won't come out in North America and Europe until way more than six months after the Japan release.

Yesterday was an exciting day. We found out about a sequel to Pushmo/Pullblox called Crashmo/Fallblox. Level-5 announced they are bringing some of the Guild 01 games to the 3DS eShop in North America and Europe. European Nintendo fans stepped back from the edge of the cliff as they found out that Paper Mario: Sticker Star is coming out in 2012. Even with how exciting today was, I came away from it worried about one game. 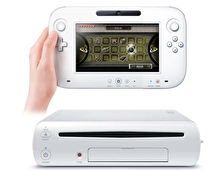 I consider myself to be a rational person. When I start to get the feeling that I’m surrounded by fanboys, I lash out. I have spent more hours than I’d care to admit arguing in comment threads, bulletin boards, and even at the dinner table. Whenever someone comes at me with a hard and fast opinion,... Read more...

Why Are North American Kid Icarus: Uprising Cards So Hard to Collect? 3DS

Nintendo of America isn't making it easy, and doesn't seem to care. 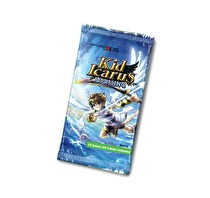 Kid Icarus: Uprising came out in March. Even before the title hit store shelves, the official game trailers teased an AR card collecting element included in the game. Nintendo continued to whet the appetite of players hungry for AR cards by including sample cards with every copy of the game.

Pikmin 3, The Wonderful 101, and Wii Fit U Out in North America First? WiiU

Why Nintendo TVii Could Be Really Cool WiiU

At a minimum, you're getting your cable, Netflix, and Hulu all in one place. Awesome, right?

Nintendo TVii was unveiled last week for the Wii U and most responses seem to range from "Oh, neat" to "Well, that's dumb." After thinking about it and talking with some of the folks at Nintendo behind the service, I'm somewhat of a believer in the potential of Nintendo TVii, even if I have some mild pessimism about its wide reach.

Wii U Should Come Sooner Rather Than Later WiiU

The Wii U press conference is tomorrow morning, and the one big question that everybody is asking is still out there. “When is this thing going to come out?” It is highly speculated that a November 18 release date is the likely candidate for the console’s market debut. However, this may be too late for the system to succeed in what should be its busiest week on the market.

Is Nintendo leaving behind the audience that Wii Sports created?

In just a couple of days, all of our questions about the Wii U will be answered. Price, launch date, different bundles, launch games; these are the details Nintendo will finally be sharing after staying silent at E3 this year. However, there’s one question that’s been on my mind over the past... Read more...

The High Barriers to Entry in Competitive Pokémon DS

The complexities of Pokémon never cease to amaze.

There are millions of Pokémon players in the world, but only a small percentage of those people truly take that hobby to the competitive level. I’ve tried several times over the years to create a Pokémon team that can stand up to the best of them. Unfortunately, I’ve found there are several... Read more...

Neal mourns the end of Madden on Wii and its spectacular local multiplayer offerings.

The reveal of Madden NFL 13 on Wii U went as I expected to some degree. Outside of the missing features from the other HD versions (which, to me, isn't a ridiculous proposition given the tight development schedule Madden games are on), it is the first time that a Nintendo system is receiving a comparable version to the Xbox 360 and PlayStation 3. I am excited for it, because I think using the GamePad for Madden could be awesome.

Placing Bets on the Wii U Launch Lineup WiiU

Can we channel Nostradamus? No, probably not, but damn it, we can try!

At some point over the next few weeks, Nintendo will drop a substantial amount of knowledge regarding the Wii U and its launch. It might come as early as next week, possibly during a Nintendo Direct, or it might come around Tokyo Game Show in September, which was around the time the Wii launch details were revealed back in 2006.

Two major 3DS games are delayed, making a thin line-up thinner in the important lead up to Wii U. 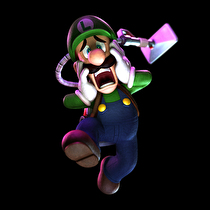 Nintendo unveiled the rest of their 3DS release schedule for 2012. While there are assuredly quality games littered in the next few months, there were two key absences: Luigi's Mansion: Dark Moon and Castlevania: Lords of Shadow - Mirror of Fate. We could also refer to those games as the "ones that got the biggest push at E3 2012."

The Potential for an October Wii U Launch WiiU3DS

The world of 2D platformers has changed for the better since 2006, making New Super Mario Bros. 2's job harder.

Are we approaching Mario fatigue?

Earlier this week, I wrote a news story detailing the cooperative multiplayer mode in the upcoming (or already released, depending on where you live) New Super Mario Bros. 2. The story highlighted how the mode almost didn’t make the final cut, as the team working on the game didn’t think it would... Read more...

Is the online multiplayer in Heroes of Ruin functional and/or fun?

After spending some time with friends and randoms playing Heroes of Ruin online, my biggest takeaway is that, by golly, it works. n-Space crafted an extremely functional online multiplayer experience, complete with easy-to-use voice chat that works quite well.

Neal scoped out the Club Nintendo event in New York City last weekend and had one big takeaway. 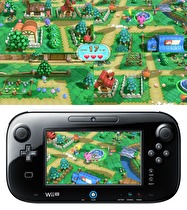 Last weekend, the Wii U Experience, the Club Nintendo invite-only event (think Cube Club), came to New York City. I had the privilege of attending with two friends who experienced Wii U for the first time, and we spent most of our time with Nintendo Land and New Super Mario Bros. U. In short,... Read more... 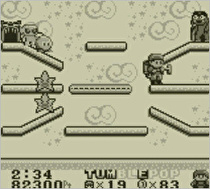 Why Nintendo Direct Was Better Than E3 3DSWiiUWii 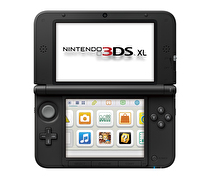