The Timelessness of Resident Evil 4

The perfect blend of action and survival horror led to an unforgettable GameCube experience.

One of the most critically acclaimed video games of all time, Resident Evil 4 marked a major departure from all of the mainline and spinoff titles in the series that came before it. In 2005, Capcom may have been making a gamble by adding significant action elements to its survival horror franchise, but anyone who has played RE4 can tell you that this experiment paid off in spades, unlike Umbrella Corporation’s infamous projects.

In 2005, I was studying at the University of British Columbia in the middle of my Bachelor’s degree in Arts. I had only recently decided to focus on English, after discovering an aptitude for writing, an interest in literature, and an inability to comprehend Calculus. Still taking a fairly wide variety of courses before officially declaring my major, I found myself with an inordinate amount of free time since I only ended up working during the summer. I never really spent a lot of time on campus or made that many friends at school; instead, my high school pals and my brother and his friends were my constant companions. Settlers of Catan was my primary addiction, and I spent many an afternoon and evening in heated arguments over whom to rob and where to place my settlements.

We had a GameCube, but I played it rather sparingly. I enjoyed Rogue Squadron, Super Mario Sunshine, and a smattering of other titles, but Resident Evil 4 was infectious to me, and I absolutely couldn’t put it down. While never a major horror fan, I did love, and still do, getting together with friends and running through the first few Resident Evil games and later Until Dawn, Dead Space, and P.T. However, the story, gameplay, and atmosphere of RE4 culminate in an absolutely timeless experience that is just as incredible today as it was 15 years earlier. And it certainly doesn’t hurt that you can play the game almost anywhere, thanks to Capcom’s rigorous porting efforts. 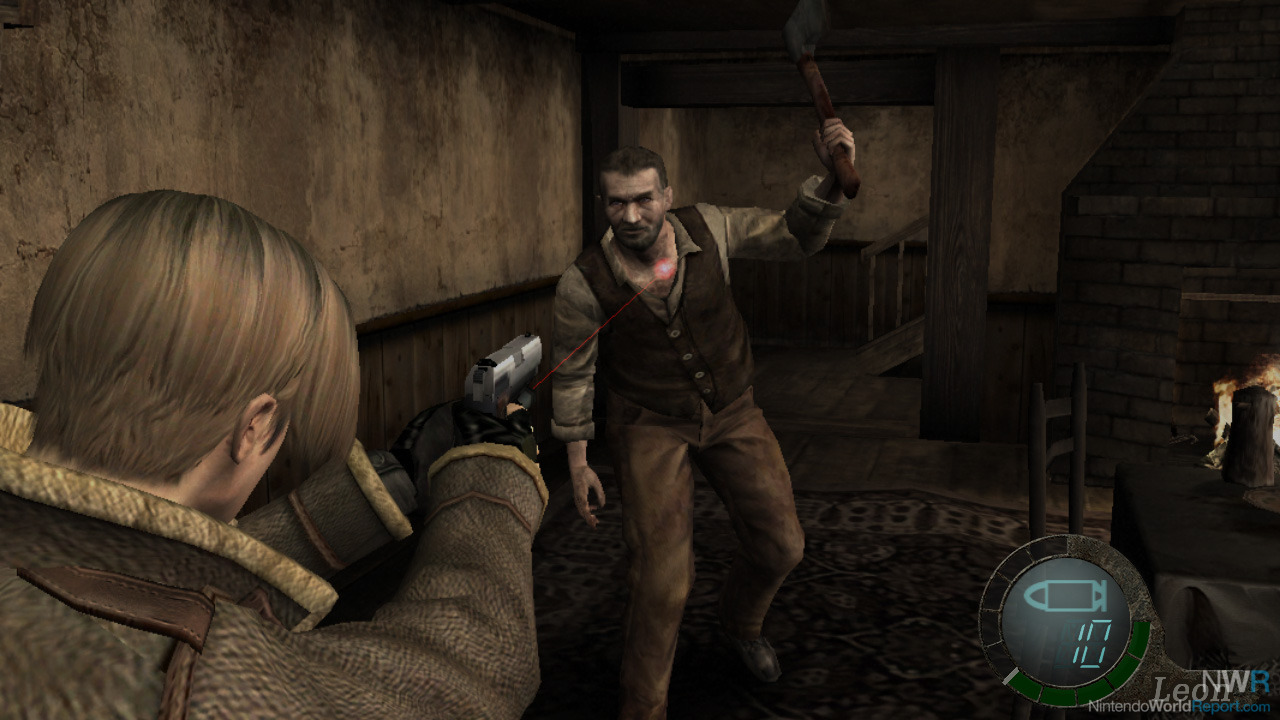 The beginning is as good a place as any to reflect on why Resident Evil 4 continues to hold up today. The task of rescuing the president’s daughter that falls to protagonist Leon Kennedy is definitely cliched, but it fits in with the campiness of the franchise, and feels right at home in a game that seems to borrow from the Metal Gear Solid series. The rural village from the first chapter is perfectly derelict and spooky; the pervasive brown color highlights the decay, both moral and physical, of its infected denizens and their captors. The player isn’t given much time before they need to gain familiarity with the movement and shooting controls given that Leon is very much thrown into the fire during the first 15 minutes of the game, only to be saved by the bell, as it were.

Saddler and the Los Illumandos serve as formidable adversaries for the player as Resident Evil 4 does an excellent job of balancing tension and calm. Series staple typewriters allow you to save your progress, and also represent a reprieve from the hordes of villagers, rabid dogs, and flying insects that are set upon your destruction. Throughout the different settings of the game, Leon comes across manuscripts and notes in fortuitous places that offer hints and shed light on the situation he’s dealing with, ultimately detailing how the Las Plagas parasite came to be and the reason for its use. Without question, the story and dialogue can be quite cheesy, but they serve as an effective foil to the challenging gameplay and the dark atmosphere. 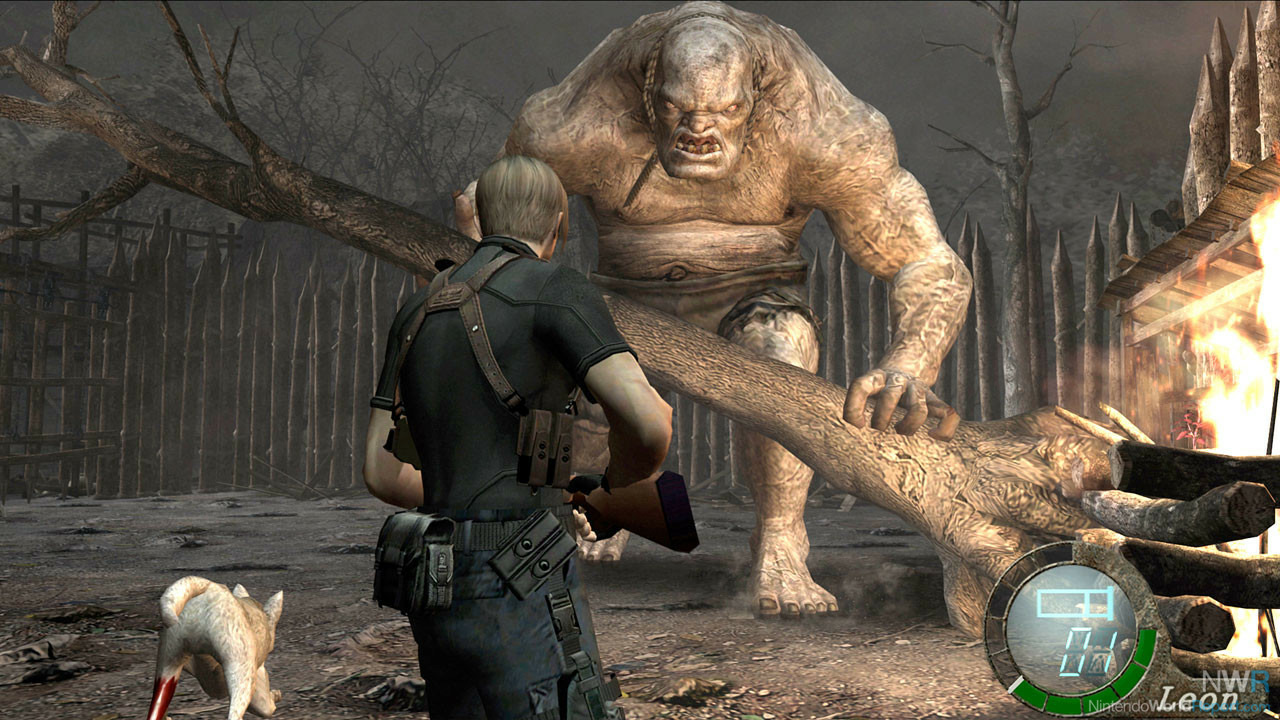 One of the most memorable characters in RE4 is the Merchant, with his signature “What’re ya buyin’” question. Just as a typewriter offers a sense of comfort to the player, so too does the shopkeeper by offering new weapons, upgrades to your guns, maps, and even a limited supply of first aid spray. The blue-flamed lanterns that denote his presence offer solace to the player, but can also be a sign of impending danger, like a boss or sub-boss fight. The Merchant’s ability to empower Leon’s arsenal in different ways offers compelling freedom to the player in terms of how they want to outfit themselves. And if all else fails, you can always buy a rocket launcher.

The division of the game into chapters makes its longer length, compared to the previous titles, much more manageable. Reaching the conclusion of each chapter also serves as a reward for the player, and perhaps a welcome respite after any of the particularly jarring and nerve-wracking moments. The peaks and valleys of media in the horror genre are on full display in Resident Evil 4; it plays so profoundly with your emotions, but doesn’t rely on jump scares. Instead, it’s a steady dread that derives not from what’s in front of you, but what might just happen to be above or behind you. The rise of the music that accompanies danger and the silence that comes when you’re safe create a harmony of despair and elation that pushes and pulls the player throughout the experience. 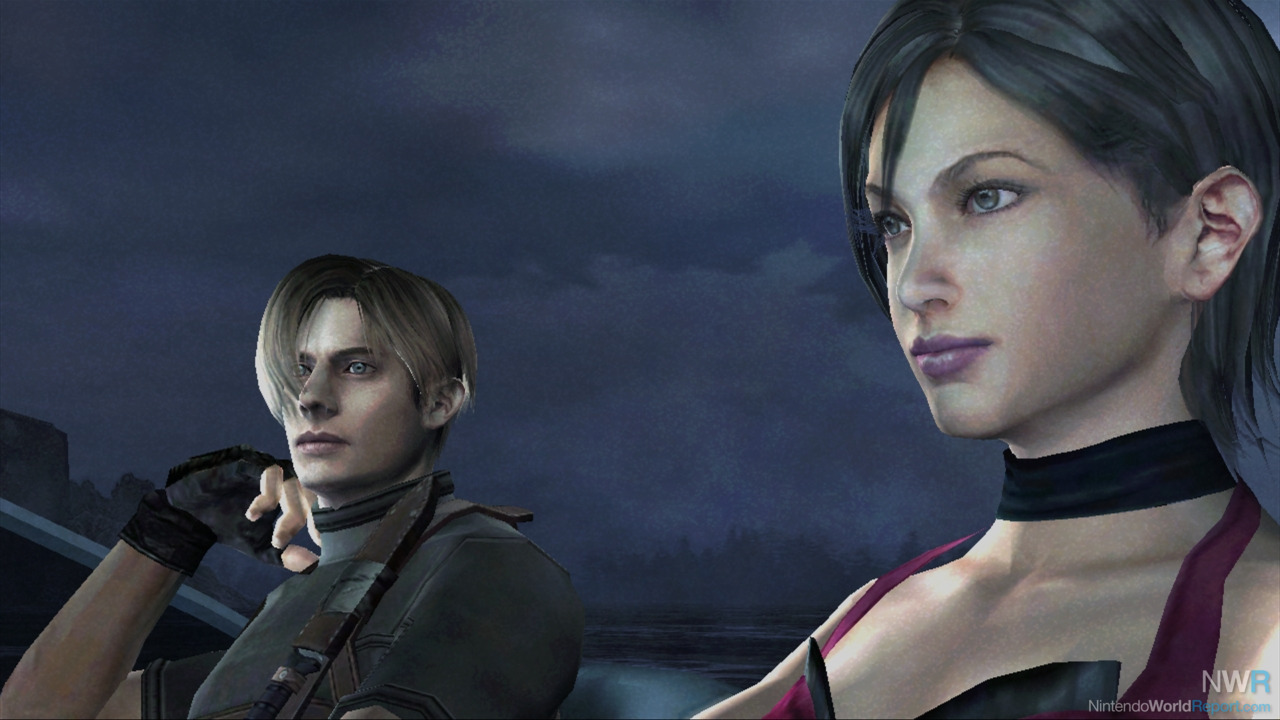 Even though Resident Evil 4 does embrace a more action-focused design approach, it still strongly grasps its survival-horror roots. Should your aim too frequently be off, or if you choose to empty your clip at every shambling foe, you’ll eventually find yourself in precarious situations that force you to use your melee attack, a weak knife swipe, or run away from enemies when you can. A large part of the tension derives from the endless streams of the possessed and the limited supply of ammunition available to Leon throughout the game. As more acolytes fill the chambers of the castle and a glance at your inventory reveals a dwindling supply of bullets, you can’t help but feel that sense of determined panic as you’ll either sink or swim based on how many headshots you can make.

He hasn’t worked exclusively on horror games, but it’s difficult not to consider Shinji Mikami the godfather of the genre. As the director and writer of Resident Evil 4, his impact is felt in every moment of the game, and the game feels like a true evolution honed by his roles in producing and/or directing titles like Resident Evil 2 and Dino Crisis. In spite of the success of his future works, like The Evil Within and its direct sequel, RE4 still feels his magnum opus. It’s absolutely worth creating a space and situation where you can enjoy playing through it. Heck, I don’t like playing it at night, and found time in the afternoon to finish it again for this feature. When a title in a genre that I typically ignore forces me to drop everything to play it, even when I’ve gone through it multiple times before, I know it’s special. Resident Evil 4 will make you shiver, give you goosebumps, set your heart racing, and maybe even make you laugh. It also has a mine-cart ride that puts Disneyland’s Haunted Mansion to shame. Is that all, stranger?

I played through it for the first time earlier this year. I played the Switch version from the RE Triple Pack.

I both love it and hate it. The game is extremely well designed, but can also be very frustrating at times.

Resident Evil 4 is an absolute classic, but I wouldn't call it "timeless". Like a lot of genre-defining games, there are mechanical improvements that have been made to the formula since the original game, and it's really hard to play the original game without them. In RE4's case, it's really hard to play the game now without the camera & movement improvements that games like Dead Space & even RE5 added to the formula. Leon moves extremely stiffly. He's essentially still on tank controls, just with the camera behind him rather than from a fixed perspective. It makes navigating environments now a little annoying since you don't have free control of Leon or the camera.

Even taking those as they are, I still despise most of the last 1/3 of this game, where the game shifts from tense exploration to all-out action against ganados with mini-guns. RE5 did this, too (and, in fact, did it even earlier), and it was just as dumb then. The regenerators are what everyone remembers from the end of RE4, but they are really in a very short portion of the Island sequence. The rest of it is big dumb cover shooting in a game with no real cover mechanic.

All that said, it still irks me that Capcom is remaking this game, because you know it won't be as long; as stupidly detailed with secrets and easter eggs; or as charming.

I like the controls for the GameCube version, but not for other versions. The ps4 version has meh controls.