This upcoming title from the Runbow devs has us intrigued.

I adored Runbow from 13AM Games when it hit Wii U in 2015. I thought it was a brilliant party platformer and, with it being a few weeks away from release on Switch, I’m excited to play it more on a new active system. But now the time has come for 13AM Games to make a new game, and that happens to be Double Cross, a more story-focused platformer with a shockingly heavy dose of adventure game elements inspired by old LucasArts games. 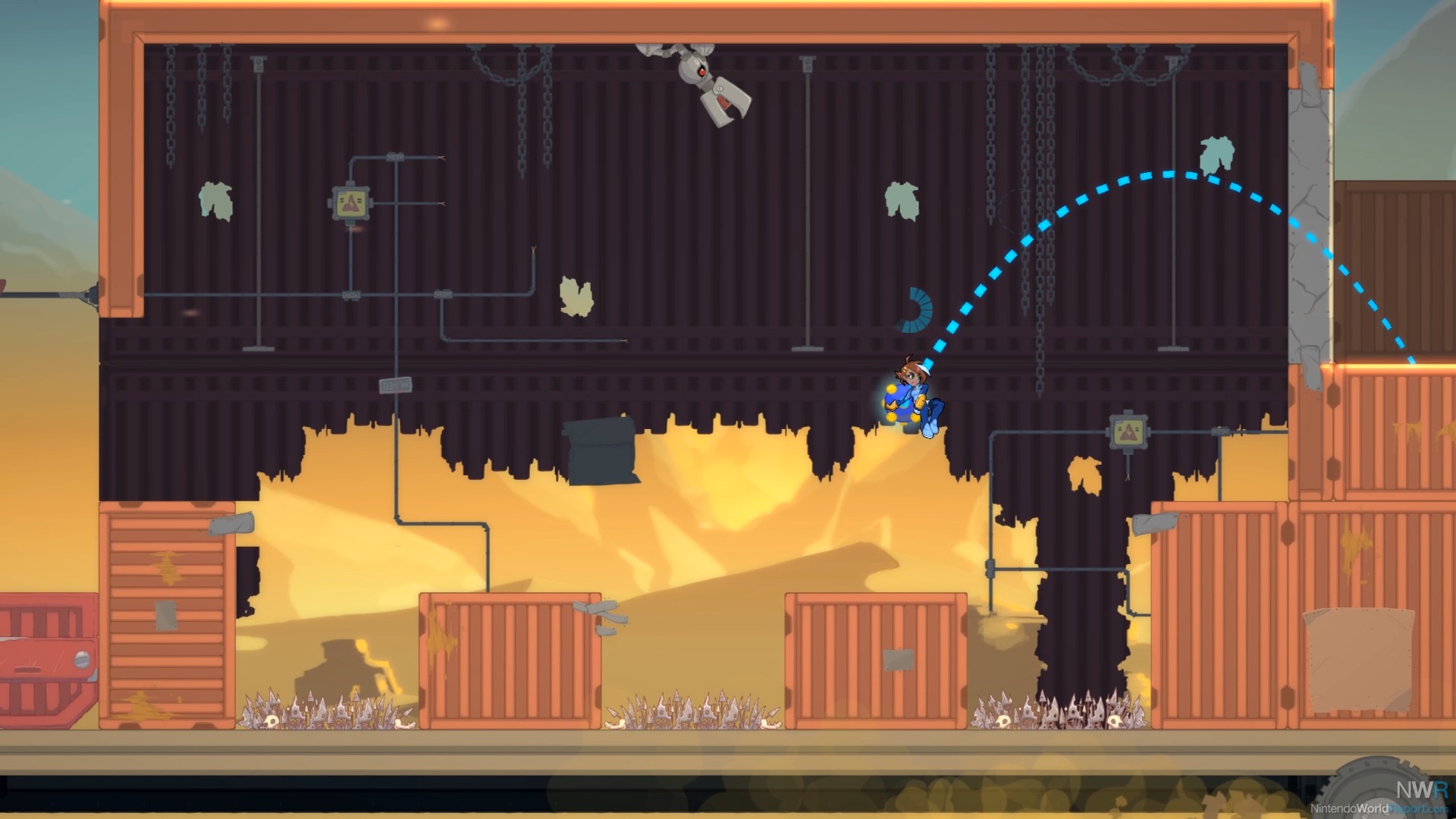 The primary hook of Double Cross is that your heroine, the interdimensional agent of R.I.F.T. (Regulators of Interdimensional Frontiers and Technologies) named Zahra, can grapple and grab onto various points and items. So chasms can be crossed by slinging across gaps. Enemies can be thwarted by grabbing their projectiles and throwing them back at them. Whenever this ability is activated, time slows down briefly (akin to how Runbow slows down when players swap spots) making it easier to precisely guide your slinging and flinging. The introductory level I played was light and fun, filled with a few puzzles and hidden spots.

Outside of that level, some of the aspects that I wasn’t expecting showed up. R.I.F.T.’s HQ is filled with NPCs that you can interact with and learn more about. As you talk to them, you learn different things about them that are noted in the menu. Those factoids can be combined with different items and clues found in levels to solve mysteries in an adventure-game style. I’m not sure quite how complex this portion might get, but it’s an interesting twist to be added to what seems like a more straightforward platforming adventure. 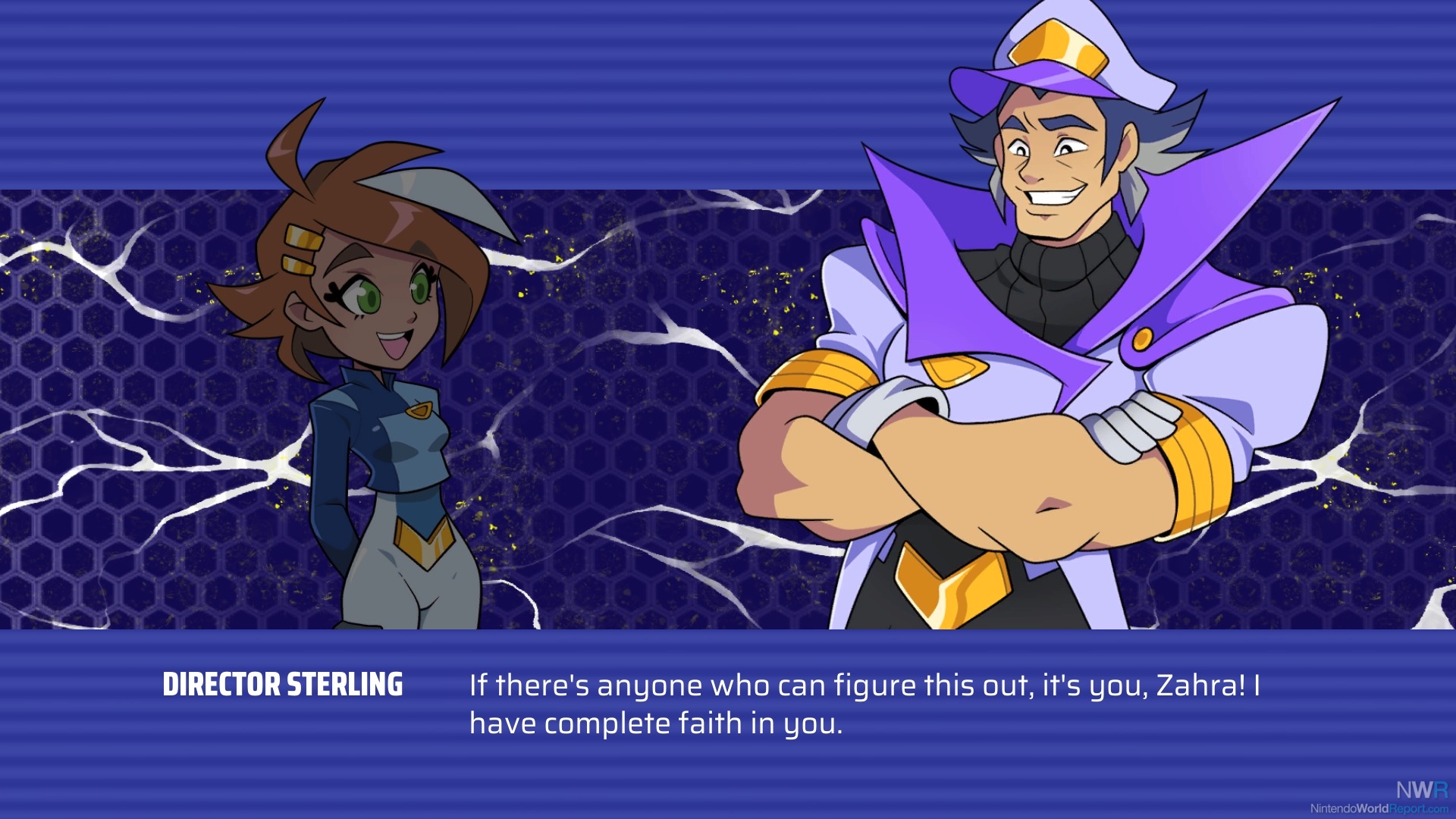 Double Cross also has a versatile upgrade system that, as Zahra levels up, gives you different equippable abilities. You can have three active at once and they can make the game easier or add a new challenge. The glass cannon ability can make you twice as powerful but much easier to be killed.

I won’t lie: I had some doubts going into playing Double Cross at PAX East. The initial trailer didn’t wow me as much as I had hoped the new game from the Runbow devs would. Seeing it in motion and playing it made me excited. I like the way their platforming feels and I’m curious to see how the adventure game elements are interwoven into the experience. We should find out more about Double Cross sooner rather than later since the game is due out on Switch over the summer.